CoinReport Gives An Update on OBITS 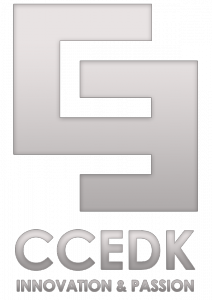 CCEDK CEO Ronny Boesing announced the launch of the new token, named OBITS, on Thursday in an email sent to CoinReport.

The exchange said that the token will be hosted on decentralized financial system OpenLedger, which is the de facto BitShares 2.0 platform. Described as a revolutionary fintech platform, OpenLedger aims to offer the advantages of decentralization and control over balances, with the speed and capacity of regular centralized exchanges, stated CCEDK.

OpenLedger is run as a collaboration between CCEDK, blockchain experts Cryptonomex and the developers of the Graphene toolkit, upon which the platform is powered.

CCEDK elaborated in the email that OBITS will provide holders with rewards based on trading commissions, withdrawal fees and referrals on OpenLedger. Additionally, the exchange elaborated, over time new revenue streams will be added as more elements are included by CCEDK, including fiat gateways, Ripple, PayPal and NanoCard integration.

“OBITS is based on the fees of an array of profit centres from within OpenLedger and its many opportunities made available with the de facto BitShares 2.0 decentralised trading platform. It is a token full of great stuff, only rising in value,” Boesing explained in the email.

Boesing said he hopes that OBITS will allow ordinary members of the public to profit from the wide range of crypto projects CCEDK supports, as well as the signature volatility that more often puts off newcomers, without needing a deep understanding of either the technology or the markets. 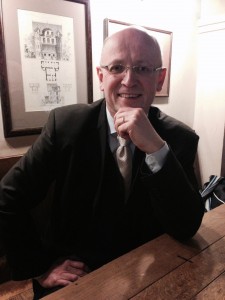 All pre-sales are being managed personally by Boesing himself, who can be contacted at ronny@ccedk.com. Once purchased, tokens will be hosted on OpenLedger. As a Decentralized Autonomous Exchange, balances are always auditable and available in full. A total of 18,276,898 OBITS will be available, stated CCEDK, adding the bulk of these will go on public sale on December 1. The exchange told us in the email that 20 percent of the supply, however, is reserved for pre-sale.

CCEDK stated that ownership of OBITS will give holders rights like the shareholders of a traditional company, enabling them to vote on key decisions, with influence in proportion to the amount of OBITS they have.

It is possible to buy OBITS presale with BTC, LTC, BTS, NBT and the fiat currencies EUR, USD, CNY, stated the exchange.

“As OBITS is very much based on the profits of the exchange network, I believe you will see OBITS increase in value due to the amount of added revenue streams we will see in near future. I think it is important for all OBITS owners to know that the value and profit distribution is based on what we know about and can relate to in terms of expected profits, compared with similar projects combined with certain expectations from a platform (BTS 2.0) unique in so many ways that only the future will show its full potential.

Present value of OBITS is in my mind only some 30-40% of what it will contain as total revenue streams within next coming 6 months. It is also clear that OBITS is in so many ways to be considered a market maker, as the increasing demand for OBITS based on results and added revenue streams will allow it to influence the value of BitShares by creating a demand set above market value when buying BitShares with incoming bitcoins or other currencies, as well as future owners buying BTS to buy OBITS thus creating an increasing demand for BitShares in general.

OBITS is like many small and medium sized rivers each growing in size with time, eventually more are added, some will intersect or cross and eventually they will all meet in one big pond where the unique of each will be combined to innovation of highest standards. It is synergy at its best!

It is in other words how we will learn in future to appreciate the profits of the DEX and all, well most of it all taking place on the blockchain allowing each user to be their own bank and to be in full control of their own funds with private keys will only make it even more exciting to be part of. Fact is, it will be the first bank in the world, where the world can see your funds and everything you do, but can’t touch. That has to be the biggest tease to date!

That’s OpenLedger – Top secure and Top transparent, your own bank for the world to see, but not touch!

And OBITS is the token of appreciation!,It is a stake in current and future revenues from an exchange network where the sky is the limit.”