For those looking to ride on the coattails of a fast-moving coin, then you may want to take a look at Expanse coin. If this coin continues its accelerated growth, it may become one of the fastest growing altcoins in history, having split many times today, the coins shows no signs of slowing down, and has a limited supply of less than 1.2 Million.

The coin may soon reach a market cap of a million, and has already have almost a million in volume today.

If you want to buy-in and ask questions later, head to Bittrex.com or Poloniex.com and get some if you are interested, or take some time and read up on the coin at their website. http://www.expanse.tech/

UPDATE — NEWS STORY IN THE MAKING — WILL EXPANSE CATCH ETHER? 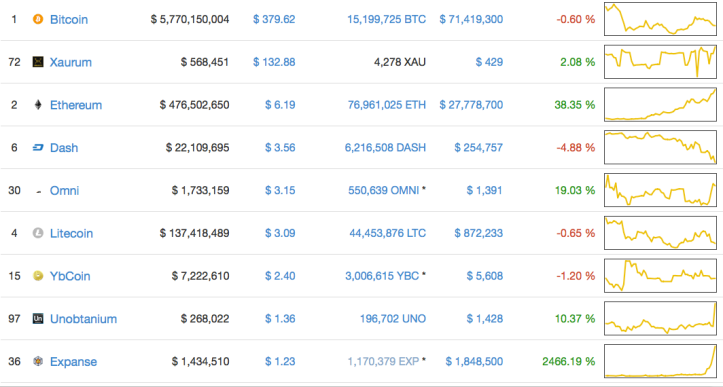 Ethereum and Expanse are now in the top 10 most expensive coins, and appear to be continuing their run…..stay tuned as we watch these markets battle!

UPDATE — The Furious Pumping has abated, and both Expanse Coin and Ether Coin have cooled their jets and abated some of the hecticness that was surrounding the trading yesterday. Both coins seem to be holding steady at these relative positions: 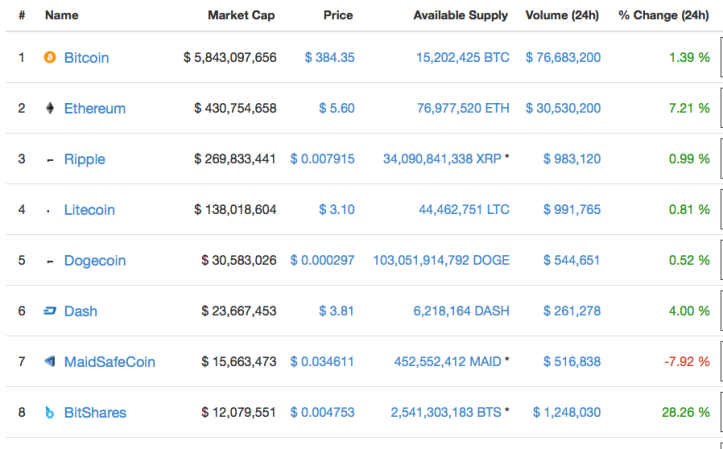