The Bitcoin Halvening occurred with little disruption as many Bitcoin enthusiast anxiously watched the countdown metres to the Halvening Block:

The expected price hike did not come overnight like many mathematicians and computer scientists were predicting, but as many prudent investors know, things take time, and after four years of building up to this point, it is unlikely that the singularity would drive the price to double or exponential values of its current price point. The push from ETHER to be a contender in the Blockchain environment, or even as a replacement is somewhat mitigated by the Blockchain network maturing, and with the previous month’s volume up over 65,000,000 on the daily average, the signal has been to grow the Blockchain, and this can only mean price increases for the near to long term?

While the markets are relatively quiet (at least for Bitcoin markets which can fluctuate rapidly within single trading windows) for now, some investors are guessing this is the calm before the storm of what may turn out to be some quite variable spreads in the coming days and weeks.

That means Bitcoin is now 4 years old, and that is has made a pretty deep run into the international business scene, and will also get more attraction and attention as it continues to age.

If you are new to Bitcoin, you can buy Bitcoin at any of these major markets: 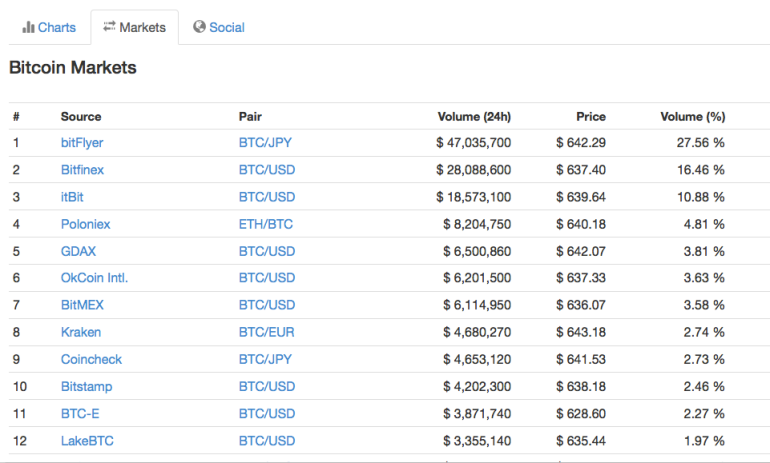 Most of the recent volume is from the Japanese Yen which appears to be bullish against the second highest volume trading on Bitfinex in USD.

Problem: COVID-19 relief measures are costing billions of dollars and sinking the economy. Solution: Acquire the Teen Coin reserves (12,000,000,000 Coins / 88% stake) and seed it to the mass-public by adding a button in the government website that allows citizens to enter their Ethereum Imtoken Wallet Address in an email form, and then they […]