Turns out Bitcoin may be attracting some commercial investment beyond the capital markets, which may increase the investment pool to much higher than previously anticipated volumes by approved financial regulations by the SEC and other major agencies around the world.

This could potentially turn the current $20 Billion USD Cap Market into something much more attractive to larger investors, with potentially 100s of Billions of dollars getting roiled into them mix. While this will not happen overnight, it is anticipated that the SEC acceptance of Bitcoin to be publicly traded in ETF (Exchange Traded Fund) will allow publicly traded funds to be hedged with the use of Bitcoins as a means to add stock and shareholder value on large exchanges like the NYSE, Frankfurt, TSX, London, and other public commercial stock exchanges, which will likely open the floodgates of cash being poured into the Bitcoin currency, which will most definitely increase the price. No brainer right? 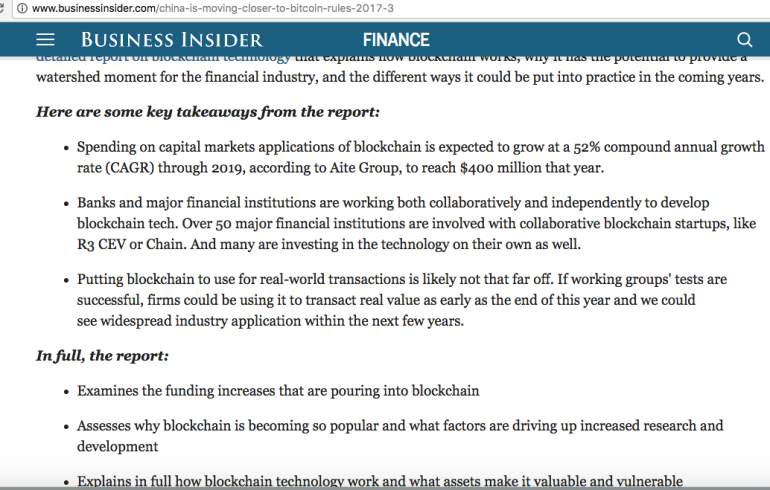 Anyone going to double down on this? 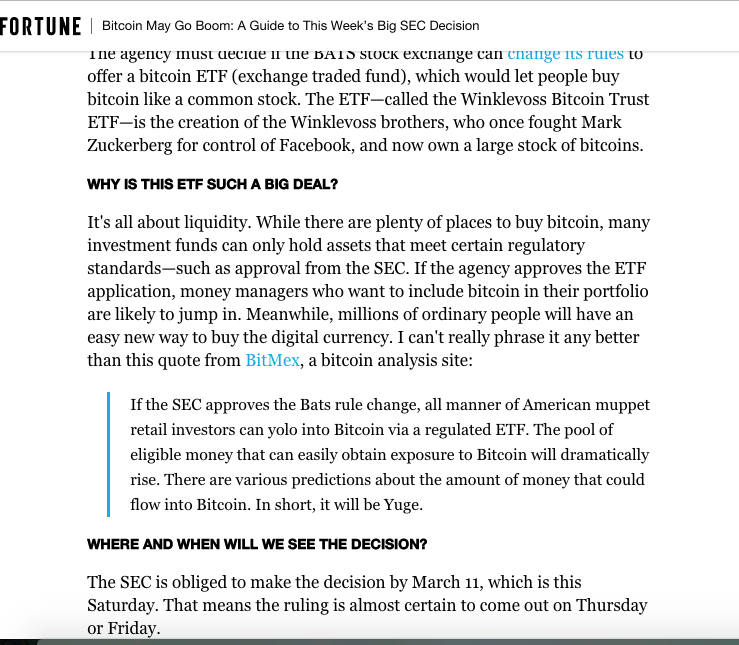