DALLAS, TX – In February 2018, more than fifty of the most respected players in the blockchain industry are coming together for three days at Dallas/Fort Worth airport to show crypto enthusiasts and private investors how they can get in on the “next Bitcoin” before it becomes huge. When registration for the conference opened to the public in September, there were 500 spots; now, less than 100 remain.

The Bitcoin, Ethereum, and Blockchain Super Conference is the brainchild of Richard Jacobs, host of the Future Tech Podcast and author of Bitcoin, Ethereum, and Blockchain: Surprising Insights from 200+ Podcast Interviews of Industry Insiders. Over the last two years, he has carefully curated a “black book” of developers, entrepreneurs, venture capitalists, and industry thought leaders who are working behind closed doors on more than a dozen technologies that are all capable of becoming the “next Bitcoin”. The Super Conference is about bringing them together, so that the “little guy” can get the full low-down from industry insiders – so they are in a position to follow the smart money in 2018.

“When we first planned this conference, cryptocurrency was something only a relatively small group of enthusiasts were talking about”, said Mr. Jacobs. “Now, everyone and their dog wants in on Bitcoin, and the ‘Bitcoin mania’ we’re seeing is incredible. In just the last two weeks alone, we’ve sold more than 300 conference tickets – and it looks like we’ll be sold out before Christmas!” 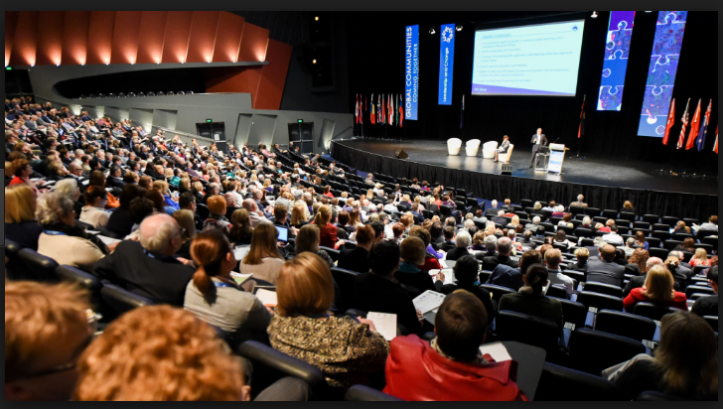 What makes this three-day conference different from other blockchain gatherings?

First – the line up of confirmed speakers, which include John McAfee, creator of McAfee (the world’s first commercial antivirus software), Tim Draper, the Billionaire venture capitalist, Erik Voorhees, who was featured in the Netflix documentary Banking on Bitcoin, Charlie Shrem, founder of the Bitcoin Foundation, and dozens of other developers, entrepreneurs, venture capitalists – i.e. the very people behind the “next Bitcoin”, as opposed to commentators and pundits.

Second – as well as the main conference, there is also an optional “beginners track” for people who are new to cryptocurrency, so they can get up to speed on the fundamentals of this unique industry.

Third – there is also a complimentary “hackathon” for kids, teenagers, and young adults. Several of our featured speakers, who are founders and advisors of actual blockchain startups, will put them into small teams and coach them through the process of designing and developing a working prototype.

Registration for the Bitcoin, Ethereum, and Blockchain Super Conference is still open. However, those who interested in attending are advised to register as soon as possible to avoid disappointment.
Ready to reserve your spot? Purchase your tickets over here:Want to learn more about the conference? Join the free notification list over here:

About the Bitcoin, Ethereum, and Blockchain Super Conference:

This three-day conference will be held at Dallas/Fort Worth International Airport from Friday February 16th to Sunday February 18th, 2018. We are expecting more than 800 attendees, at least 50 headline speakers, and upward of 50 exhibitors – with talks from founders, developers, and early-stage investors of blockchain startups, including many that are planning ICOs throughout 2018.