Is there a Bitcoin Crash going on? Or, is this just regular activity? It is hard to speculate with the newness of these markets, especially since the historical behaviour of these markets only goes back 3-4 years. In reality, the current market price is still higher than the annual average trading price, and still has room to drop another $2000 to $3000 dollars before reaching the average. So what is the problem here?

The big problem is that the large mining companies are not holding the price up, thus mining Bitcoin is not a profitable venture anymore. The difficulty of the coin, along with the reduced rewards, demand that the price be closer to 20K to make a profit, and this begs the question, why?

Did all the previous Bitcoin forks work as a way to deconstruct the coins and offer the big mining companies an alternative exit, where they could later drive the price up? Or, is this a market ploy to bring the sellers to reduce their sell-points in order to acquire more BTC?

You can bet that there are a combination of ploys at work here, as there is definitely panic in the market now. One trend we noticed is that for the past 5 weeks Saturdays have had a higher sell price than all the other days, even if it is just a few percent points higher.

Other items that are worth noting are the way that the coins are valued. For instance, if one looks at the value of the coin in USD, because the price is dictated by BTC, then you can see the dollar value is greatly reduced. However, some of the coins, when measured against the BTC value are actually doing quite well.

So what coins will survive the crash and make gains in the next couple months?

We think that Waves will continue to emerge as a strong coin, and increase in value because of it’s agreement signed at the WEF, it’s new platform, and release into Asian markets.

Bitcore: Bitcore continues to be managed under a great team, has strong financial backing, and very fast transaction times.

Putin Coin? Putin coin may also have a future because of it’s possibility of adoption.

Other than that, Ethereum and Litecoin are probably good to hold, and of course, if you are not panicking (which you probably are), then you can continue to hold Bitcoin.

At this point, if the system is still working and functioning properly without compromise, then sellers may want to switch into Buy Mode.

For now, only time will tell. 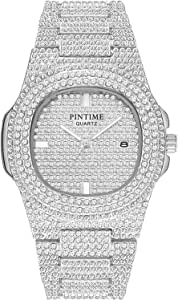 Enter your email in the form for a chance to win a diamond watch! https://forms.gle/HDjXH17m25FaK4gS9