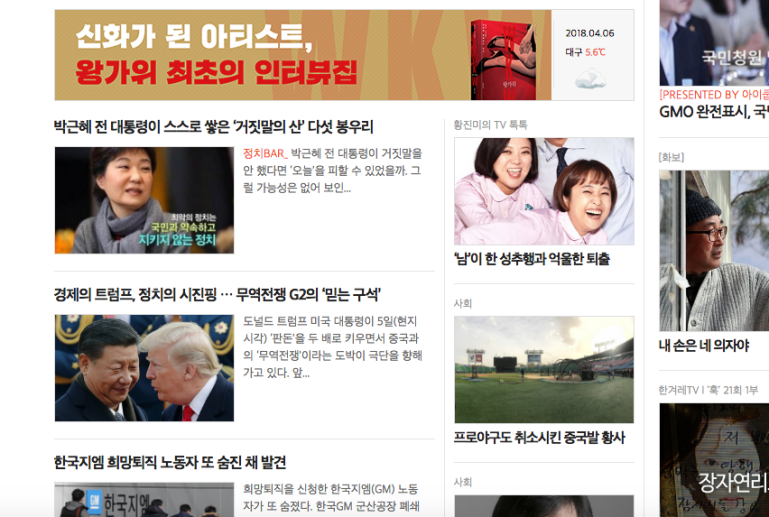 New York, NY – March 28, 2018 – CoinDesk, Inc, the leading digital media, events, and information services company for the crypto and blockchain community, has today announced a new partnership with South Korean daily newspaper The Hankyoreh to help launch the new CoinDesk Korea. With the new partnership, The Hankyoreh will translate and distribute CoinDesk’s daily news in Korean, while also adding in its own original reporting on the burgeoning blockchain industry.

“Blockchain technology is a truly global phenomenon, and with it’s come a growing demand for the daily industry news, research, and insights that CoinDesk has provided for several years now,” said CoinDesk CEO Kevin Worth. “An incredible passion and appetite for blockchain technology has emerged in South Korea, and partnering with a respected institution like The Hankyoreh to translate and distribute the Korean edition of CoinDesk furthers our mission to inform, educate, and connect the global blockchain community.”

The Hankyoreh is one of South Korea’s most popular daily newspapers, and has been recognized as the most trusted news outlet in the country since its inception in 1988. Interest in blockchain technology and the cryptocurrency market has grown rapidly in South Korea, to the point where government authorities have struggled to keep up with the populace’s interest in cryptocurrencies and blockchain-enabled services. With the partnership, CoinDesk and The Hankyoreh will now be the largest providers of blockchain industry news to this key audience.

“CoinDesk Korea seeks to be a comprehensive source of news for the blockchain world. Along with presenting alternatives aimed at the democratization of information and finance, we will offer bold criticism of bad actors who disrupt the market. We feel great confidence about our partnership with CoinDesk, which is the global authority in the blockchain field,” said The Hankyoreh CEO Sangwoo Yang.

CoinDesk’s partnership with The Hankyoreh follows its partnership with Morningstar in Japan announced in Japan earlier this month, which is also working with CoinDesk to translate and distribute its daily content to the Japanese language populace. CoinDesk will continue to look to international expansion in other non-English language markets where blockchain technology and cryptocurrency interest runs high.

CoinDesk CEO Kevin Worth is available for interview.

CoinDesk is the leading digital media, events and information services company for the crypto asset and blockchain technology community. Its mandate is to inform, educate and connect the global community as the authoritative daily news provider dedicated to chronicling the space. CoinDesk hosts its annual Consensus summit, the largest blockchain technology gathering in the world, and now, Consensus: Invest, an event designed to showcase the new asset class to wealth managers across the globe. CoinDesk also publishes The State of Blockchain, the ultimate, must-read analysis on the growth in this emerging new technology, every quarter.

The Hankyoreh is a wide-ranging media group in South Korea that began in 1988 as a daily newspaper. It was largely established by reporters who were fired from the Chosun Ilbo and Dong-A Ilbo newspapers in 1975, under the military dictatorship, and funded by citizens who were inspired by the democracy movement in 1987 and bought stock in the company. As South Korea’s leading progressive media outlet, the Hankyoreh helped bring about the impeachment of former president Park Geun-hye by breaking the news in 2016 about the influence-peddling perpetrated by Choi Soon-sil, Park’s closest confidante. In addition to the Hankyoreh daily newspaper, the group also publishes Hankyoreh 21, a weekly magazine about current events; Cine 21, a weekly movie magazine; Economy Insight, a monthly magazine; and Seoul &, a newsletter about Seoul, with content available online at http://www.hani.co.kr.