Toronto, Canada, May 3, 2018 — Decentral Inc., Canada’s leading blockchain company and the creator of multi-platform multi-currency digital wallet Jaxx, is proud to host the official afterparty for Consensus — the world’s largest blockchain conference — in New York City on May 16, 2018. At the event, “United by Decentral,” Ethereum co-founder and CEO & founder of Decentral Anthony Di Iorio will reveal the Decentral Project, whose goal is to empower the ecosystem with unparalleled tools that will enable the masses to take control of their digital lives. Party highlights for the over 1,000 partners and guests of Decentral will include a presentation that will illustrate their new platform as well as surprise giveaways. 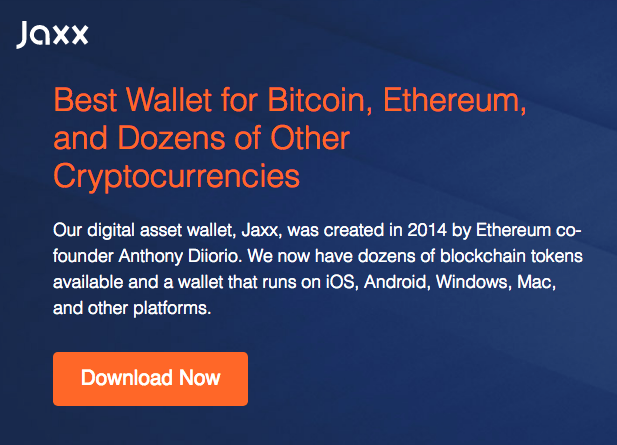 Decentral CEO & founder and Ethereum co-founder Anthony Di Iorio said: “Millions of people around the world trust Jaxx to secure their digital wealth and I believe that the next phase of Decentral project will attract an even wider demographic into our community. The platform unveiled on the United by Decentral cruise will unify and empower people, spread positivity and create immense impact. We live in a polarized world where things are often seen as binary and our digital lives reflect this fragmentation. Decentral is addressing this fragmentation by providing a single, unified experience for the global community that agnostically supports all decentralized projects. Furthermore, by providing mainstream applications for decentralized platforms and putting data ownership rightfully back in the hands of individual users, Decentral will pave a much-needed middle ground where people are encouraged to find things in common — we’re humanizing blockchain.”

Decentral was founded in 2014 with the goal of becoming an innovation hub for disruptive and decentralized technologies. In just four years, the organization has created a community of hundreds of partner projects, most notably spawning leading blockchain Ethereum, and developing Jaxx, the foremost multi-platform, multi-currency cryptocurrency wallet, which actively engages more than 750,000 monthly users around the world. In the pursuit of unprecedented transparency and trustworthiness in the modern commercial ecosystem, Decentral intends for its new platform to empower the general public to take control of their digital lives by maintaining full control of their data.

“What we did with Ethereum is and was game-changing and at Decentral and Jaxx, we support all including Ethereum. It’s our goal to bring unity to other projects that have a lot of value to offer in many different sectors. The Decentral Project is our vision for the future. For the past four years, Decentral has been working toward a paradigm shift where users gain control of their digital assets and their digital lives. Our mission is to create the tools to make this possible. With our partners and friends aboard the United by Decentral cruise party, we’ll be sharing details of our new software, hardware and products for the new internet of value,” added Di Iorio.

The official Consensus afterparty will not only serve as a celebration of the company’s monumental progress thus far, but signify the start of a rapid growth phase. More than 1,000 friends and partners will be in attendance, showcasing the power of Decentral’s expansive community to come together and advocate for substantive social change.

United by Decentral will take place in the evening of May 16, 2018 aboard the Cornucopia Majesty, a four-story yacht, which is the largest of its kind on the East Coast of the United States. Entertainment will be provided by famed U.K. musician, composer and record producer Chicane, whose songs have topped charts across Europe and Australia.

While this is a private event, the festivities will be live streamed to the global community. For more information about the United by Decentral event, visit decentralproject.org.

Located in the heart of downtown Toronto and home to hundreds of blockchain community events, Decentral spawned Ethereum. The company’s flagship product Jaxx is a multi-token blockchain interface that provides a unified experience across eight platforms and devices. Decentral’s strategic approach means Jaxx neither holds nor has access to customer funds. Driven by design and user experience and built with simplicity in mind, Jaxx’s mission is to become the interface to the blockchain world. Download and experience Jaxx through http://jaxx.io/.